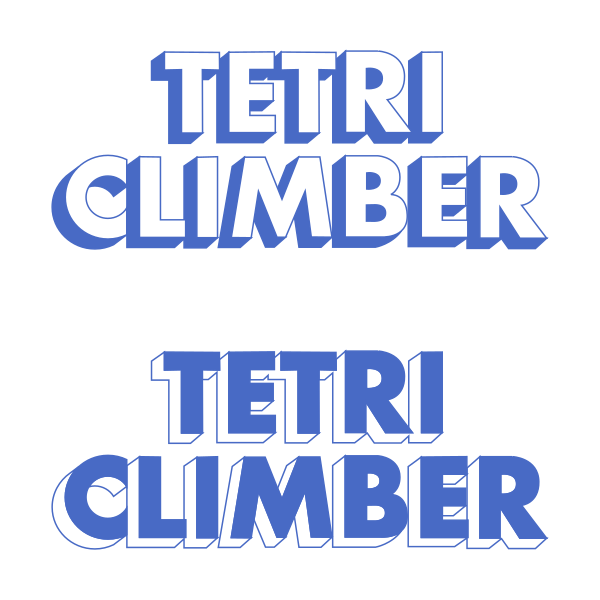 TetriClimber's gameplay is based on Tetris with one simple addition: Climby. This round character is moving on the board, the goal is to take him as high as possible using tetrominoes. Climby movements are highly predictable, he follows 6 simple rules:

The higher Climby climbs, the higher your score will be on the leaderboard.

The player is controlling the tetrominoes falling from the top of the board using touch gestures similar to EA's Tetris on mobile phone. Climby's rolling speed depends on the board height (the higher the faster) and also on the left & right directional (displayed on both sides of the board).

TetriClimber being developed for Microsoft's PixelSense (formerly Surface) the player has plenty of room on the screen. There is so much space that we could fit two boards. This way, two players can compete side by side. This layout was inspired by both cocktail cabinet and 2 players cabinet.

It's a double-edged sword!

Microsoft's PixelSense has built-in infrared sensors which can recognize object shapes and hand parts. We decided to use this feature to break the wall between the player and the game.

The player will be able to use physical tetrominoes made of cardboard that will be recognized by the game when laid on the screen. The next tetromino to fall in the game will match the printed shape. This is a powerful feature that can only be used once for each shape.